Reinforce Self Advocacy: run for and by people with an intellectual disability

This film tells the story of the self advocacy group Reinforce as they work to make visible the needs of people with intellectual disability in Victoria, Australia 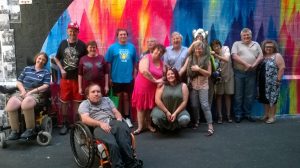 Reinforce have been long running pioneers of change and most recently produced a successful album of original self advocacy songs with their members and friends called No Strangers Here see http://reinforce.org.au/current-projects/

Reinforce members and friends will raise awareness via creative mediums of issues faced by people with an Intellectual Disability(ID) including the canvasing of their self advocacy profile & what makes Melbourne special to them.

This project will culminate in a photographic & short film exhibition in collaboration with local businesses/photographers/filmmakers & musicians to promote diversity and inclusion.

If you would like to know more please contact: The Reinforce crew on email: sw@reinforce.org.au or phone: 03 9650 7855

SAVE THE DATE November 28th to December 1st, 2017 Melbourne through the Eyes of a Friend Exhibition & Film Launch @ Ross House 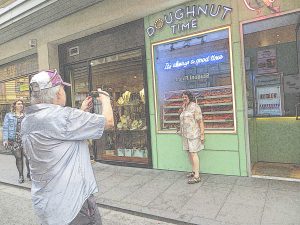 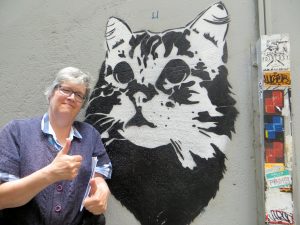 Melbourne through the Eyes of a Friend Project Workers Sally & Pam

The Self Advocacy Resource Centre

Melbourne Through The Eyes of a Friend Song